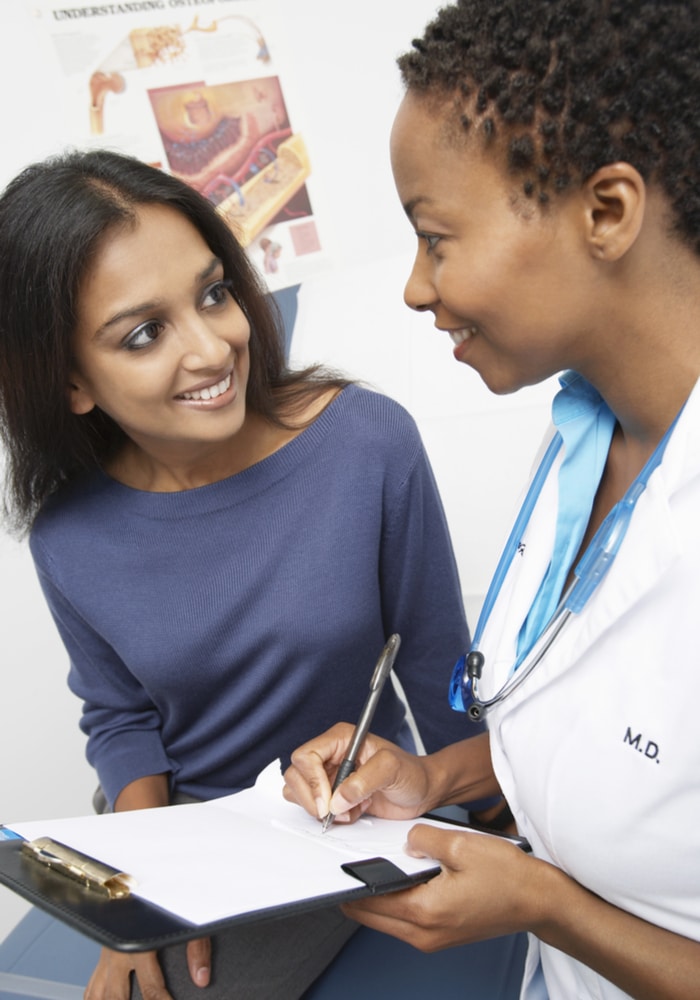 If you have uterine fibroids and are nervous about treatment, you’re not alone. A recent survey revealed a staggering 90.5% of women with fibroids reported fears and concerns about their condition and their treatment options.1

To put some of these worries to rest, we sat down with Dr. Richard A. Reed, interventional radiologist at Huntington Hospital in Pasadena, Calif., to answer your top 10 questions about uterine fibroid embolization (UFE). It’s important to keep in mind that this blog doesn’t replace visiting your doctor.

I heard UFE hurts. What type of pain can I expect during and after the procedure?

You’ll be under conscious sedation during the procedure. The pain occurs after the procedure and varies from woman to woman. The pain is typically crampy like a menstrual period and can be quite severe. It commonly begins minutes after the procedure is completed and is most intense the first night. This discomfort generally lasts one to three days. Medications are available to help control the pain.

What causes the pain after UFE?

UFE works by blocking blood flow to the fibroids, causing the tumors to die. This is accomplished by injecting an embolic agent, such as tiny microspheres, into the uterine arteries that supply fibroids with blood. Without a blood supply, fibroid tumors die, and pain occurs.

What is the embolic agent used for UFE and is it safe?

The embolic material I use in my practice is made up of tiny, biocompatible beads, meaning they don’t react with the body. This type of embolic material, Embosphere® Microspheres, has been used for over two decades in many types of embolization procedures in different parts of the body.

I’m worried these particles will travel to other places in my body, like my heart. Is that possible?

The embolic material is delivered to the uterine artery using a slim tube called a catheter. The tip of the catheter is positioned within the uterine artery and the particles travel via the blood flow to the uterus. The only way particles can go anywhere else in the pelvis is if the catheter tip isn’t in the correct position or if more embolic is injected than needed. If not done properly, reflux can occur, which means the particles move backwards and into other arteries in the pelvis, such as the bladder. This complication is very rare and has more to do with the experience of the doctor doing the procedure than the type of embolic.

I know I have a lot of fibroids. Can UFE treat each fibroid?

UFE embolizes the entire uterus. By doing so, all of the fibroids should be treated. I’ve had many women ask why the uterus isn’t affected as well.  The reason UFE treats fibroids and doesn’t affect the uterus is because there’s collateral or additional blood flow from other vessels to the normal uterine tissue, allowing a doctor to selectively treat the fibroids while maintaining the viability of the uterus.

Is it safe for a fibroid to die inside of me, and what can I expect this to feel like?

Embolizing the fibroids causes them to shrink and die over time. This is what leads to symptoms improving. Before treatment, fibroids feel hard, which is why a common symptom is pelvic pressure. Once fibroids are treated, even without significant size change, they become softer. They no longer press on other organs or cause a woman’s belly to protrude. Fibroids can shrink to varying degrees—up to 50%.  Occasionally, fibroids will spontaneously die without any treatment. This may be seen on a magnetic resonance imaging (MRI) scan, and it’ll look the same as when images of fibroids are taken after UFE. There are typically no problems related to the presence of this type of fibroid in the uterus, whether it’s spontaneous or related to embolization. Fibroid expulsion, or the fibroid detaching from the uterus and passing from body, is an unusual occurrence post-UFE.

Is it necessary to have an MRI after UFE?

Many women will ask if an ultrasound will be sufficient, but an MRI provides crucial information—before and after the procedure.  An ultrasound shows the presence of masses, so you see where the fibroids are, but you can’t determine whether or not the treatment was a success. You also can’t tell if a woman has another condition with symptoms similar to fibroids called adenomyosis. With an MRI, doctors can get that information before the procedure to see if a woman is even a candidate for UFE. The 6-month follow-up MRI can show if all fibroids have been treated and the extent of the shrinkage. If a woman is having symptoms after UFE and the follow-up MRI shows viable fibroids, a repeat UFE may be helpful. On the other hand, if there are no viable fibroids on the follow-up MRI, I can counsel a woman that her symptoms most likely aren’t due to fibroids and that a repeat embolization won’t be helpful.

Will I stop getting my period after UFE?

A common reason women have UFE done is because of excessive bleeding during their menstrual cycle. The goal is to get their periods back to the way they were prior to having the severe bleeding. The majority of women will menstruate after the procedure, and it’ll come pretty close to the time they expect it. Any stress for women can cause the menstrual cycle to be a bit off, including the UFE procedure. It may take a few months after UFE for a woman’s cycle to regulate. There’s a small chance—under 10%—for women over 40 to go into early menopause after the procedure, causing them to stop menstruation all together.

Do I have to use birth control after UFE?

I want to have children. Is UFE the right treatment for me?

Initially, UFE was only performed on women who weren’t interested in future fertility. These women were followed, and some became pregnant and did quite well with the pregnancies. Doctors realized that it is possible to conceive and deliver a healthy child. Over time, UFE was also offered to women who didn’t want to completely eliminate future fertility, as they would with hysterectomy, but wanted a less invasive procedure that has a high likelihood of eradicating fibroid-related symptoms.

It also depends on each individual woman. For someone young who wants to start a family, I would recommend myomectomy. And then there are women in their mid-to-late 40s who know they probably aren’t going to get pregnant but don’t want to completely eliminate future fertility with hysterectomy. These women really benefit from UFE.

The foregoing is not intended nor recommended as a substitute for medical advice, diagnosis or treatment. Always seek the advice of a qualified physician regarding any medical questions or conditions.

ABOUT THE DOCTOR Richard A. Reed, MD, is an interventional radiologist at Huntington Hospital in Pasadena, Calif. One of the first physicians in the US to perform UFE, Dr. Reed advocates for UFE public awareness and works to ensure women know all their fibroid treatment options.